A particular diet has appeared that seems to reflect the extreme nature of our times. It is the carnivore diet – eating only unprocessed animal products, mostly meat. 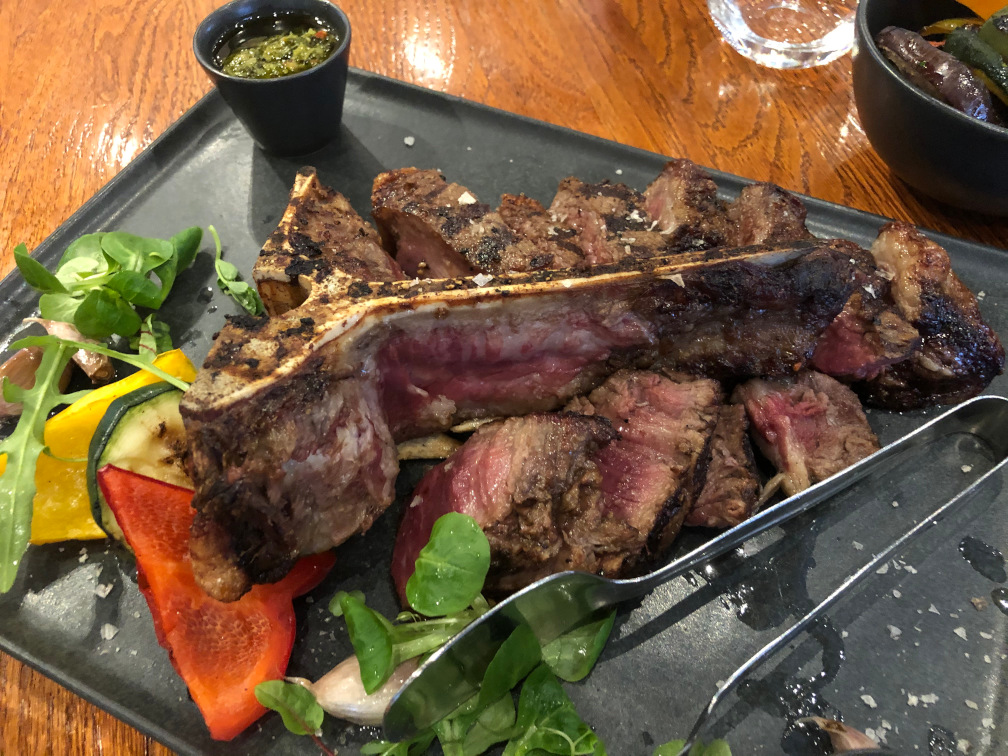 I’ve long wondered why modern humans are so sick, beset as we are by unnatural conditions like tooth decay, heart disease, joint pain, myopia, and infertility, conditions that would have resulted in the extinction of our species before we ever got to develop medicine. Are these unavoidable facts of life? Or could it be that our diets, which happen to be carbohydrate-rich and low in fat, are unnatural and problematic, and contribute to these conditions?

I had been fascinated by the idea of carnivore for a couple of years. It totally flouts the prevailing, but misguided, idea that plant food is somehow healthier than animal food. I had digestive issues for a long time and meat was the only food that never seemed to upset my stomach. I also knew from my bodybuilding days that meat is an excellent source of nutrition and a highly effective testosterone booster in men, red meat in particular. What would happen if I ate only meat? Could carnivore heal my digestion (when nothing else could)?

About three months ago I started to look into this diet more closely.

Most diets – especially plant-based diets – don’t promote optimal health, or even good health. By way of example, let’s look at how the vegan diet is unhealthy on multiple dimensions. There is the need for supplementation; our limited capacity for digesting plant matter; the lack of any successful vegan athletes; the evidence that our primitive ancestors ate animals; and the eventual deterioration of every vegan’s body even when doing everything “right”. Looking at long-time vegans, it is obvious by their appearance that they are diseased and malnourished.

We know that the modern diet of processed foods, sugar, and additives is not natural for us, so if vegetarian and vegan diets also don’t work, then what about animal-based diets? Let’s look at several independent lines of evidence supporting carnivore.

Empirical evidence suggests that humans thrive on the carnivore diet. The Inuits were eating mostly animal fat and living long, healthy lives without modern diseases. More recently, many obese people have started carnivore and lost a hundred or more pounds. Healthy, non-obese people tend to become even healthier as most of their chronic ailments alleviate. The veteran carnivore Owsley Stanley suffered no ill effects from 50 years on the diet.

Eating meat alone seems even better than eating meat with vegetables. Folks like Mikhaila Peterson and Joe Rogan have experienced surprising benefits after switching from mixed meat-and-vegetable diets to only-meat diets. Oddly enough, no one encounters vitamin or mineral deficiencies on this diet, despite most carnivores not supplementing and despite the prevailing wisdom that we need to eat “balanced diets” (and take multivitamins). 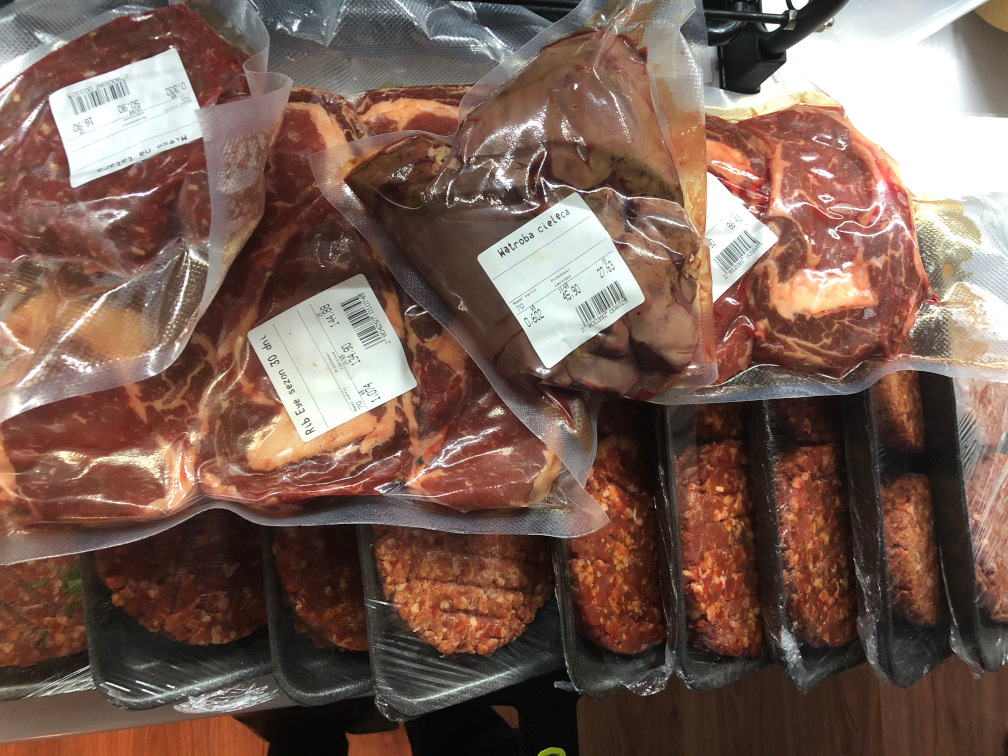 I myself have noticed numerous benefits over the past few months, enough to convince me that this might be our natural way of eating and to continue the experiment. It’s too early for me to share my results, but they are quite promising (and I’m not dead).

The growing list of anecdotal successes is compelling in itself, but as mere anecdotes are not convincing to everybody, let’s examine further lines of evidence.

We are made for eating meat. Our stomach ph is low like a carnivore’s. Our digestive systems are short like that of carnivores and not long like an herbivore’s. Unlike plant food, meat does not require cooking or fiber supplements to digest properly. A common objection is that we don’t have fangs like other carnivores – we didn’t need them to kill when we had better weapons with longer range. Our teeth are prone to rot when exposed to carbohydrates and are not subsequently replaced like an herbivore’s. We definitely aren’t meant to be eating tons of fruit – our ancestors, who had no toothpaste, would have been losing their only sets of teeth!

On a carnivore diet our blood sugar and insulin levels are stable, quite different from those of people on standard diets. The body wants to maintain homeostasis at all times and stable hormone levels point to a healthier, more natural state of affairs than levels which are constantly in flux. After a carbohydrate-heavy meal, our insulin spikes and we experience sleepiness, heaviness, and often bloating.

There is also a growing body of evidence that the state of ketosis itself is healthy in a wide variety of ways, from curing epilepsy to treating obesity, diabetes, hypertension, and more. Many people are finding themselves thriving on the keto diet. Why should this be? We would probably not be prospering under low-carb conditions if we had evolved to mainly be eating plant matter, which largely consists of carbohydrates. The keto subreddit has almost two million subscribers, so it is clearly bringing benefit to many.

Now let’s look at our primitive state – how we fit into nature – and deduce some things about our design. Most of our adaptations were for the purpose of hunting. Standing upright to see farther. Tool-making for killing. Speech for communication and coordination during hunts. Advanced planning capacities which allowed us to hunt more effectively.

Meat is extremely nutritious. In addition to providing every nutrient the body needs in abundance, the meat from a single kill provides thousands upon thousands of calories. A single mammoth, millions. We no longer had to spend entire days gathering and eating nutritionally-poor plant matter. We likely ceased eating plants for nutrition – why would we as long as we had meat? 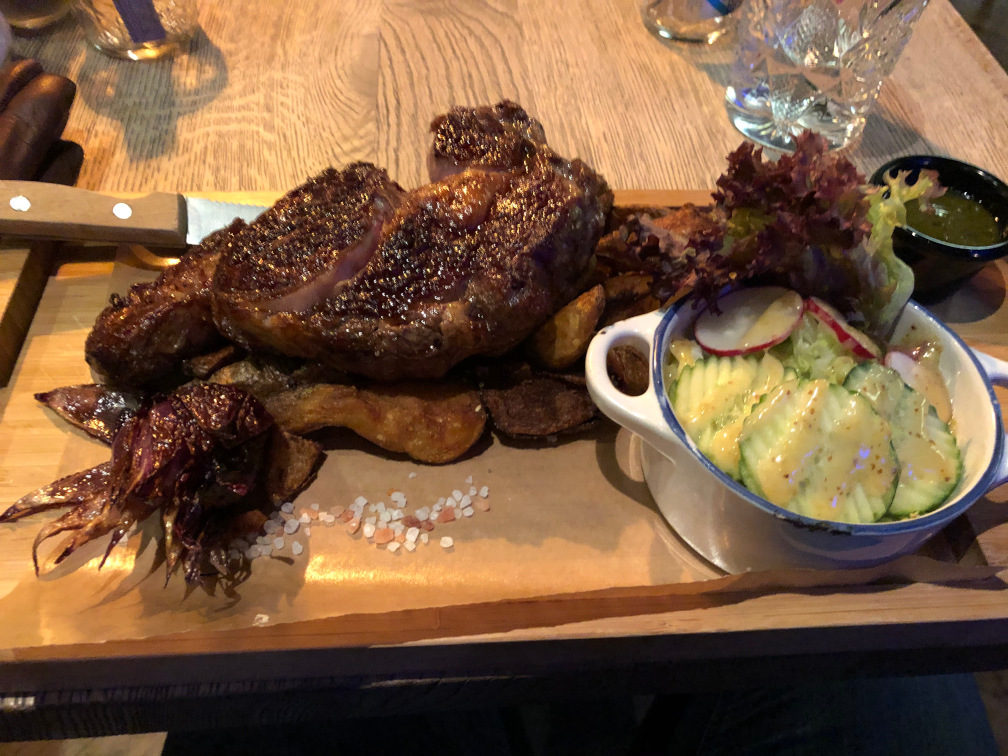 We developed along with fire, which allowed us to cook meat and derive even more nutrition from it, permitting the growth of the large brains that make us human. We were getting more energy, and our digestive systems were using less energy since meat is digested easily, meaning that more energy was available for large brains.

The end of our natural carnivore diet as humans began with the demise of megafauna such as mammoths. Our main prey was gone and we shifted to an agrarian society. Excavated human skeletons from this point on become shorter, with less robust bones, and no longer perfect teeth. All-meat diets ceased to be viable for most humans until modern times.

Stepping back a bit, almost all animals are capable of eating other animals and will do so when the chance arises, even animals considered herbivores.

Meat is highly nutritious and caloric and a better, more concentrated source of food than any plant. It is easier for an animal to build up their bodies with meat because the cells in meat are the same as the cells in their own bodies. Plant cells are different from animal cells and require more processing and there are more non-viable materials. Herbivores had to develop specialized digestive systems to extract nutrition from plants, but virtually all animals have the built-in capacity to take advantage of the bio-availability of meat.

Everything points to the same conclusion: humans prosper when eating diets of mostly, if not all meat. In fact, meat is what allowed us to become human in the first place.

⇠ Languages Every Programmer Should Know